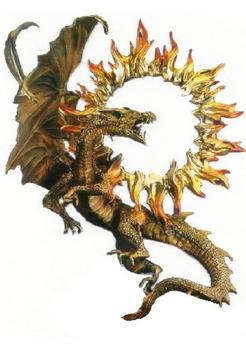 We have a great location off New Haven Avenue near I-95 to offer martial arts instruction to the communities of South Brevard including Palm Bay, Melbourne, West Melbourne, Malabar, and anyone else willing to take the drive to a quality martial arts school.

Our base is in Tae Kwon-Do, we teach the International Tae Kwon-Do Federation (ITF) Chang-Hun style forms. We are chartered with the Moo Duk Kwan and the American Breaking and Combative Tae Kwon Do Federation (ABCTF).  Along with Tae Kwon Do, we have also incorporated some Hapkido and Jiu-Jitsu into the curriculum for a self-defense program that is both simple, practical, and extensive enough to combat a very wide variety of attacks.

We've incorporated both Bo Staff and Nunchaku forms to allow our students to have a variety of option at competitions. The physical and mental benefits of training in martial arts, combined with the skills and art learned through weapons training is unmeasurable.

Our Master Instructor, Master Donald Keyser, has numerous World, National and State Championships.  He is a 6th Degree Black Belt through the ABCTF. He is also a 5th Degree Black Belt through the Moo Duk Kwan. He is also the Regional Coordinator for the USBA-WBA. Come train with the best in the area. Whether it be learning to defend yourself, or getting into competitions, we will train you to be the best you can and have a great time while doing it.

Team Dragon Martial Arts Academy was formed on the principles of discipline and respect. We teach more than simply martial arts, we teach life lessons. We have a demonstration and tournament team that has done demonstrations at elementary schools, assisted living facilities, tournaments, and local fairs and festivals

The ultimate goal of Martial Arts training is the development of qualities that make you a better person. All Tae Kwon-Do students are expected to follow the Student Oath and follow the Five Tenets of Tae Kwon-Do. These are qualities or principles by which Tae Kwon-Do practitioners are expected to live. As a system of ethical behavior they are considered important to the development of character. Practicing one requires practicing them all. It is not possible to pick and choose which tenets to adhere to. The tenets are:

Training in Martial Arts has many benefits, both physical and mental. That's why it appeals to people of all ages, sizes and physical conditions. No matter where you are now, you can become better - healthier, more fit and less stressed.

Those of older generations have successfully trained in the martial arts. Many sixty, seventy, and even eighty-year olds practice Tae Kwon Do as both beginners and advanced students. Age is not a limiting factor when training in Tae Kwon Do.

Youth and Teens also gain from practicing Tae Kwon-Do. Students as young as four or five years old have been taught the rudiments of self-defense as well as basic ethics. For adults, no matter their physical condition, Martial Arts can improve all areas of life. If your teenager needs something to do, martial arts is a great escape for them to both learn, and expel the extra energy they have.

Giving the gift of self defense training to your teenage girls and boys is something that cannot be compared to during their teen and young adult lives in high school and college. For all school aged children, martial arts is a great compliment to any other sport they may participate in. Coordination, endurance, balance, and strength are all key attributes needed in all sports, all of which can be maintained or improved on with martial arts.

Physical disabilities do not prevent participation. Individuals in wheelchairs have practiced Tae Kwon-Do, as have those who suffer from conditions such as cystic fibrosis and multiple sclerosis. Martial Arts also helps those with conditions such as ADHD. Even individuals with varying levels of autism have studied and excelled in martial arts and at Team Dragon Martial Arts Academy. Many such individuals have benefited greatly from their participation in the martial arts at Team Dragon Martial Arts Academy, both physically and mentally. We have the quality instructors with the patience and care to teach martial arts to anyone who wants to learn.

Some of the benefits you can expect are:

Power, Strength, Flexibility and Endurance
Weight Loss and Weight Control
Heightened Self Confidence and Self Esteem
Self-Discipline, Focus and Concentration

Throughout the years we have grown to not only offering Tae Kwon Do classes, but offering after school program activities and summer camps. More information about these programs can be found in our website.